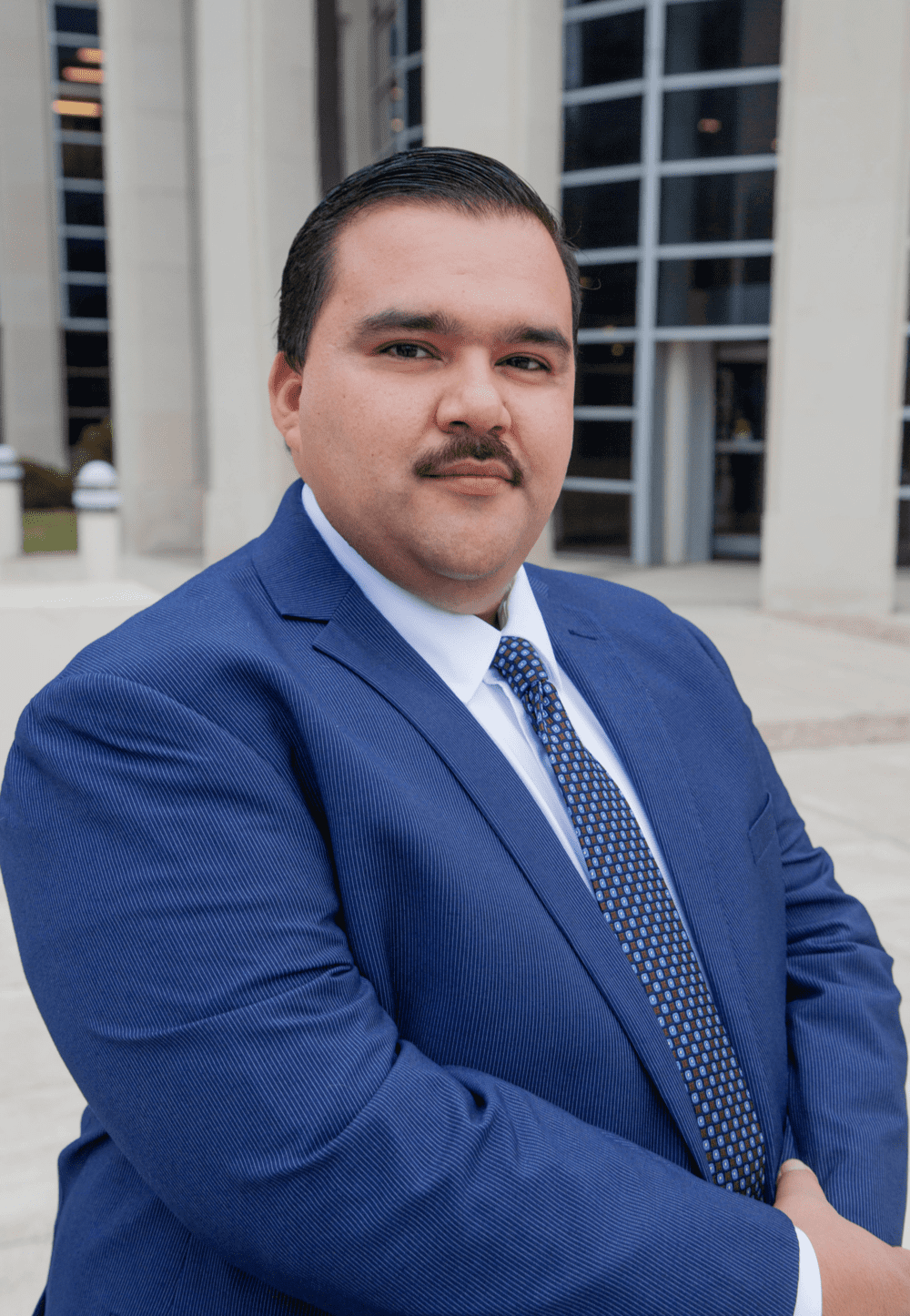 Rodolfo “Rudy” Morales III is a native son of Laredo, Texas.  Rudy graduated as salutatorian from R&T Martin High School. He received a full-ride scholarship to Texas A&M International University and graduated with a 3.9 GPA from the D.D. Hachar Honor’s Program. He served as vice-president of the student government association. Upon graduation, Rudy was accepted to be a legislative fellow through the Senator Gregory Luna Fellowship Program where he worked on public policy with the Texas Senate.

In 2013, Rudy graduated as valedictorian of Thurgood Marshal School of Law. Rudy was the recipient of numerous awards in law school including receiving the highest grades in Constitutional Law, Oil & Gas, Consumer Law, Local Government, and Advanced Legal Analysis. He was also awarded the Elvin R. Ross III Peer Excellence Award and Scholarship for his academic excellence.

Rudy served as a misdemeanor and felony assistant district attorney for almost five years. He handled thousands of misdemeanor and felony cases. In 2015, the Webb County Domestic Violence Coalition recognized Rudy as Professional of the Year because of his work with domestic violence victims. In 2018, the Laredo Next Generation Rotary Club honored him with the distinguished Presidential Award for his service in the Laredo community.